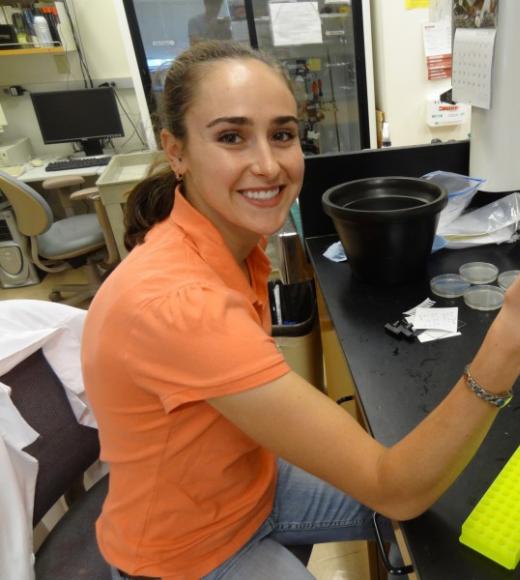 The Functions of BRCA2 in Homologous Recombinational DNA Repair

Inherited mutations in the breast cancer susceptibility gene BRCA2 is a great risk factor for breast and ovarian cancer. This tumor suppressor protein functions in homologous recombination (HR), a key DNA repair process that uses the undamaged sister chromatid to carry out error-free repair of double strand breaks (DSB) formed during replication. The primary function of BRCA2 in HR is to mediate the delivery of RAD51 to sites of RPA-coated single stranded DNA (ssDNA) caused as a result of replication errors or DNA damage. BRCA2 interacts with RAD51 via the C-terminal DNA binding domain (DBD) and the 8 BRC repeats that span the middle of the 3,418 amino acid protein. As such, the majority of research has been performed on these areas of the protein; however, there is a large N-terminal domain that is completely understudied and whose function remains enigmatic. What is known is that the N-terminal domain of vertebrates contains a highly conserved protein-protein interaction domain in which both PALB2 and EMSY bind to overlapping sites. PALB2 is critical for BRCA2 to function in HR, whereas the binding of EMSY to BRCA2 inhibits HR and results in a brca2-deficient phenotype.

Using molecular, cellular, and biochemical techniques, I plan to determine the functional properties of the N-terminal domain of human BRCA2. Recent data suggest that the isolated N-terminal domain of Ustilago maydis Brh2 binds DNA and facilitates Rad51 strand invasion during HR. This process was shown to be initiated by the self-dimerization of Brh2 while simultaneously binding to Rad51. It is not known whether BRCA2 acts similarly. Additionally, the significance of the functional regulation of PALB2 and EMSY binding to an overlapping site on BRCA2 will be elucidated.